Author(s):
Rusinova N.L.
Boyarkina S.I.
Abstract:
Psychological resources of the individual are an important factor of keeping health. Having such psychological features as awareness of their ability to control the life circumstances, a positive perception of themselves and belief in their own strength, self-esteem, optimistic view in the future, have a direct positive impact on the physical and psychological state of a person, promote healthy lifestyles, equip with the ability to cope struggles and reduce stress influence to health. The availability of such psychological resources and their reserve is especially important for people suffering from socially significant chronic diseases accompanied by physical and functional limitations, violations of psychological and social adaptation. However, according to numerous studies, in socially disadvantaged groups of the population – poorly educated, employed in the least prestigious and low-paid jobs with low incomes, together with high risks of morbidity and premature mortality from chronic diseases, there are low rates of psychological resistance due to a shortage of psychological resources. The study of the relationship between social status and individual psychological resources, which affect the health of different social strata’s representatives, allowed us to identify two main approaches. Within the framework of one approach, psychological features are considered to be a product of the structural conditions that determine the inequalities of their distribution in society. The deficit of psychological resources that experienced by representatives of socially vulnerable groups is consider to be contributing the negative impact of low socio-economic status on health and acts as one of the mediating mechanism for the transformation of socio-economic differences into inequalities in health. Another approach emphasizes the role of the person in changing the life circumstances, including those of them that are caused by the adverse effects of low socio-economic status. In this case, attention is focused not so much on the differences in the psychological reserves of individuals who occupy different positions in the socio-economic stratification, as on their variability within one social level. Empirical studies confirm that especially among the socially disadvantaged groups, individuals characterized by greater reserve of positive psychological properties, demonstrate significantly better health compared to those fellow citizens who are deprived of this reserve. In the literature, this phenomenon designates as a" buffer" effect, contributing to the reduction of negative health consequences of low status, and, consequently, to the reduction of socio-structural inequalities in health. In developed European countries, where government guarantees allow lower social strata to maintain self-esteem, confidence in the future and optimism, psychological resources lose their role as a mediator between socio-economic status and health and can lead to a buffer reduction of structural inequalities. In the less developed countries of Europe and in Russia, where public health and education programs do not allow people from the lower strata to maintain psychological stability, structural differences in the risks of chronic diseases and premature mortality persist.
Keywords:
socially significant chronic diseases
personal psychological resources
social structuring of health
mediating effect
buffer effect
Pages:
64-73
File: 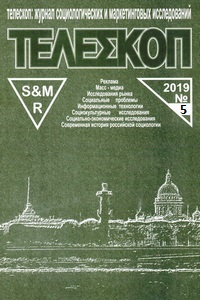 © "Telescope": Journal of Sociological and Marketing Research, 1997-2021. All Rights Reserved.